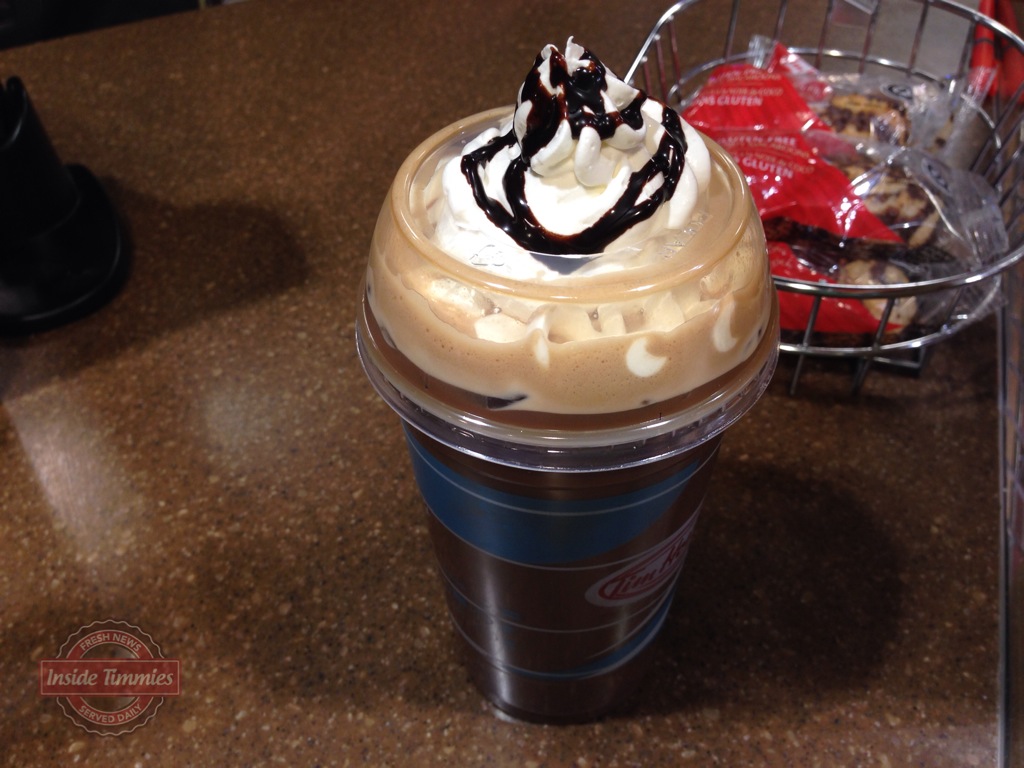 A $55 drink — labelled as the most expensive at Starbucks — broke the internet today. This high-class beverage consisted of a Vanilla Bean Mocha Frappuccino with 60 shots of espresso, vanilla bean and mocha flavours, whipped cream and a variety of drizzles that were all dumped into a 128-ounce cup. The total cost was actually $54.75 (USD).

This led me to wonder what the most expensive Tim Hortons beverage could be. I ventured down to my local Timmies and challenged the staff to create what they believed to be the most expensive drink. Forgoing the hot beverage lattes — mainly due to the fact that they simply press a button and it’s pre-made with little room for any addition — we went straight for the cold beverage menu.

The large Iced Chocolate Latte was the clear winner as it’s priced high at $3.89 (CDN). Whipped topping and chocolate drizzle are included as a bonus, as is ice. It was then hit with four shots of expresso at $0.60 each, followed by six flavour shots at $0.25 each – these amounted to $2.70. To total before taxes was $7.79… if you include the lovely tax then it increases to $8.80.

So there you have it. This is currently the most expensive single drink ever made at Tim Hortons – about 46 bucks less than Starbucks. The main reason for the reduction is that Starbucks charges you for every possibly add-on. Tim Hortons loves you and gives you free toppings.