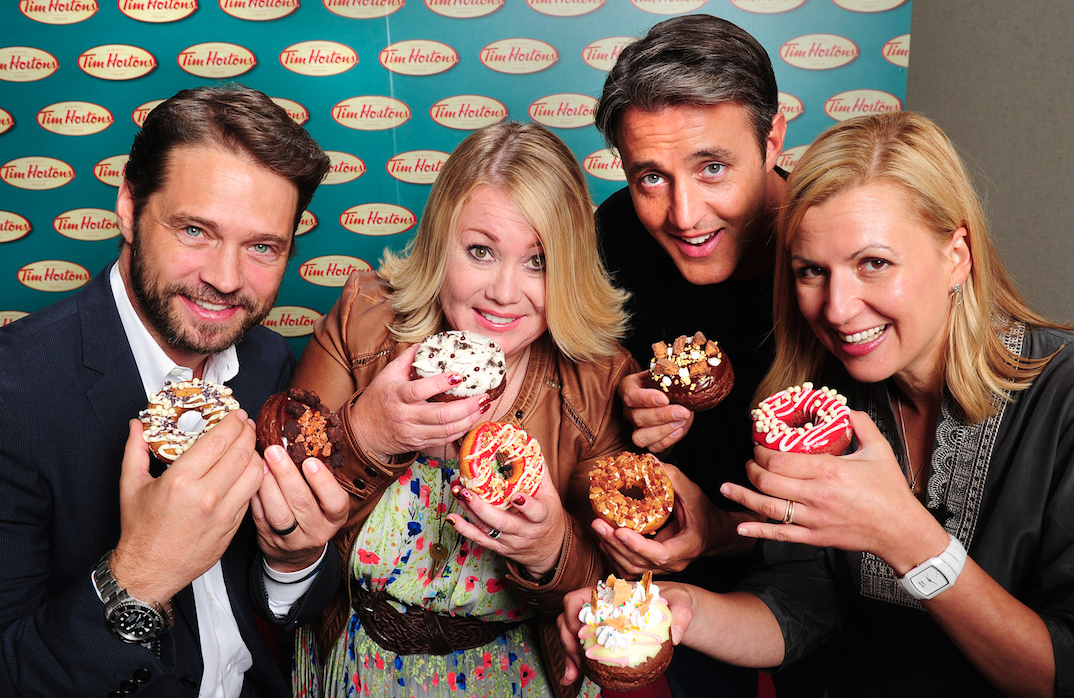 After a gruelling and intensive month-long competition, the celebrity judges have dwindled down the Duelling Donuts competition to four remaining donuts. Jason Priestley, Jann Arden, Anna Olson and Ben Mulroney have selected these fine beauties below:

Public voting is now open and the last donut standing will win a cool $10,000, and also have the donut appear on the Tim Hortons menu. Public voting is live until August 27th and the winning donut will be on sale “for a limited time within the next few months.”