This is the first season for the Merry Chocolate Raspberry Donut — otherwise known by the name tag of Merry Choc. Raspberry — is a filled donut with chocolate icing and those delicious red sprinkles. There is not much difference to what is already on the menu, but this gem is stuffed with raspberry filling.

The Merry Chocolate Raspberry Donut that we received was fluffy and light, but lacked the plethora of raspberry filling, which was a major downer. However, not all was lost. We were still in shock and awe of the craftsmanship. If you’re into starting a tradition, this is a winner.

The quick video below was done by our friend Matthew Moniz — a fellow Tim Horton enthusiast. 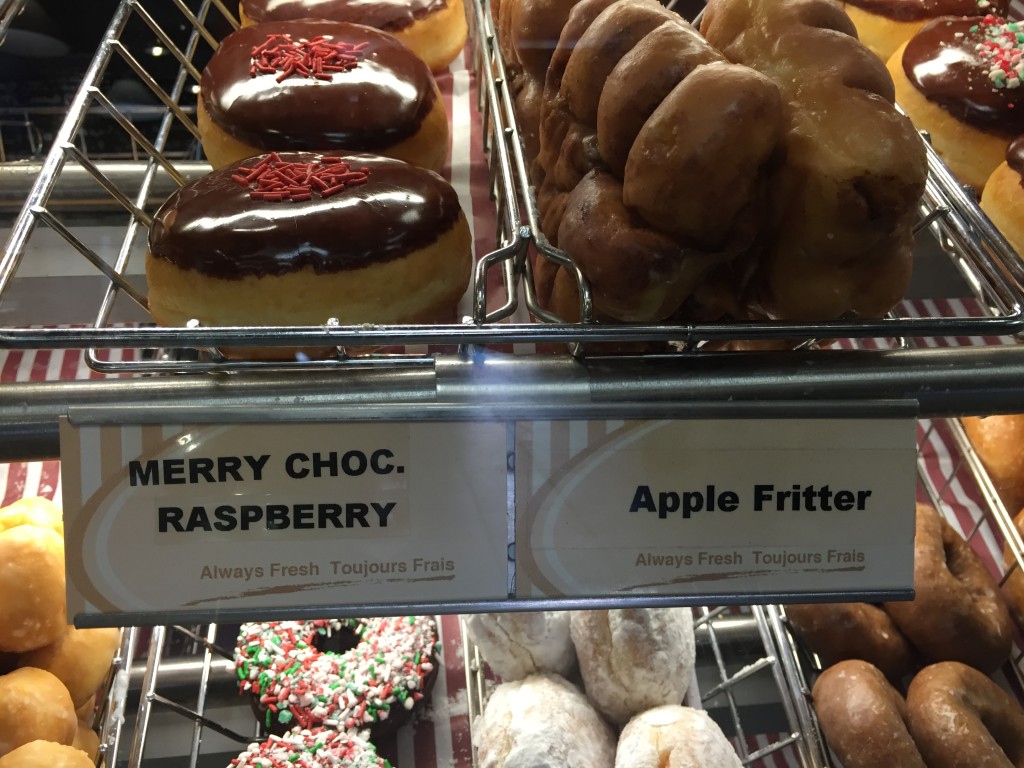 Raspberry love for the seasonTim Hortons has added a number of new items to is festive menu. The Merry Chocolate Donut could be something that you partake in, but there is really nothing screaming new about this.All the flavours bind together nicely, however, the Honey Cruller is still the champ.
PRESENTATION85
Taste80
Freshness90
Satisfaction90