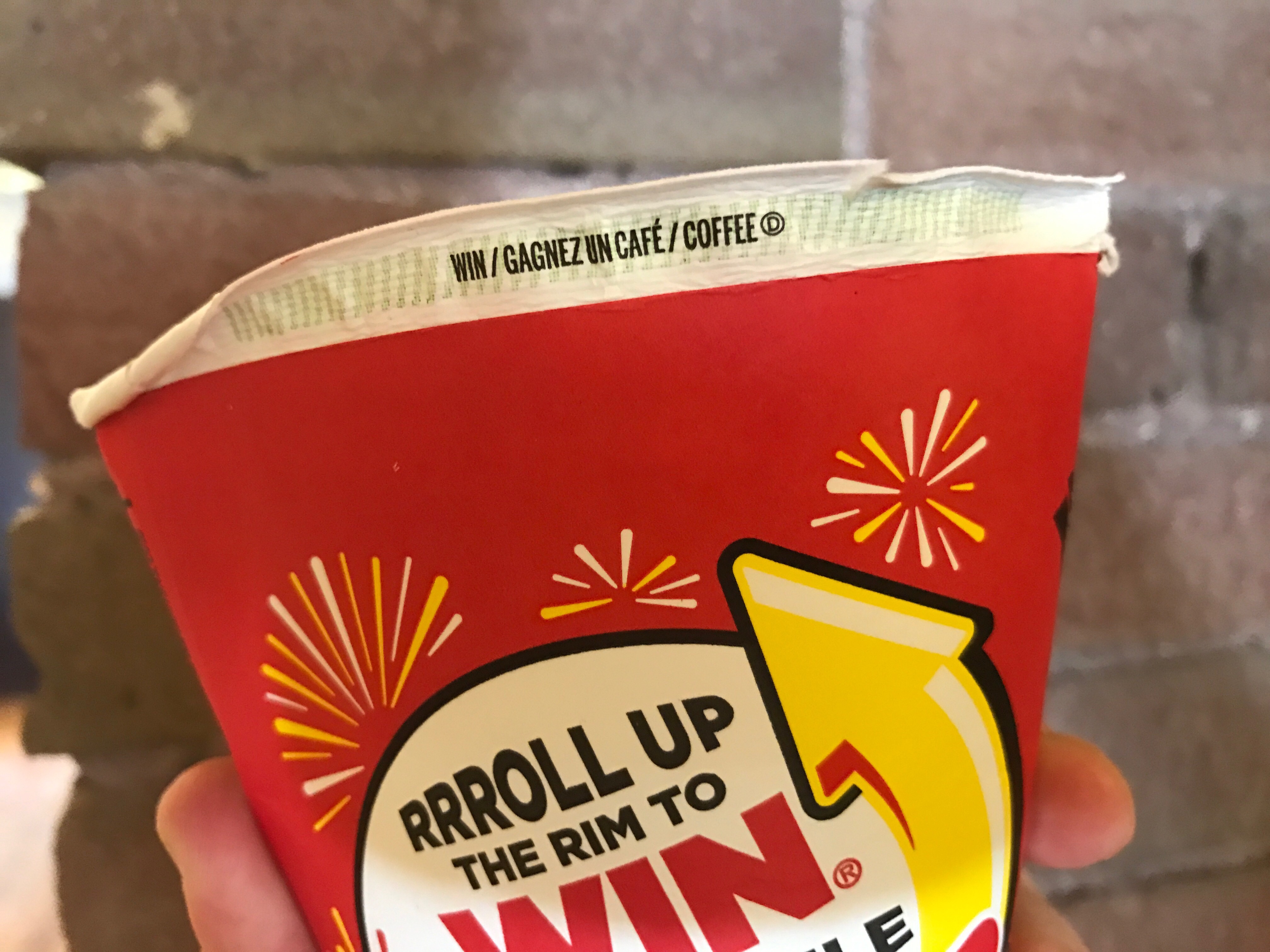 Roll Up the Rim to win drive Timmies enthusiasts to go a little bonkers. The odds of winner are 1 and 6 but for some, those are not good enough.

The latest report shows Belleville Police charging three people, including a former employee, with stealing boxes of Tim Hortons “Roll Up the Rim to Win” cups. According to Global News, “numerous boxes containing the cups were stolen over the two nights and a former employee was arrested and charged with theft under $5,000 and two counts of break-and-enter and theft.”

The men charged are Steven Seaborn, 19, of Stirling, Ontario and Alexander Leonard of Belleville, Ontario. In addition, a 17-year-old male suspect from Belleville was arrested.

Note to all considering this move: It’s not worth it. It’s better to find the “please play again” under the rim than charged with theft.