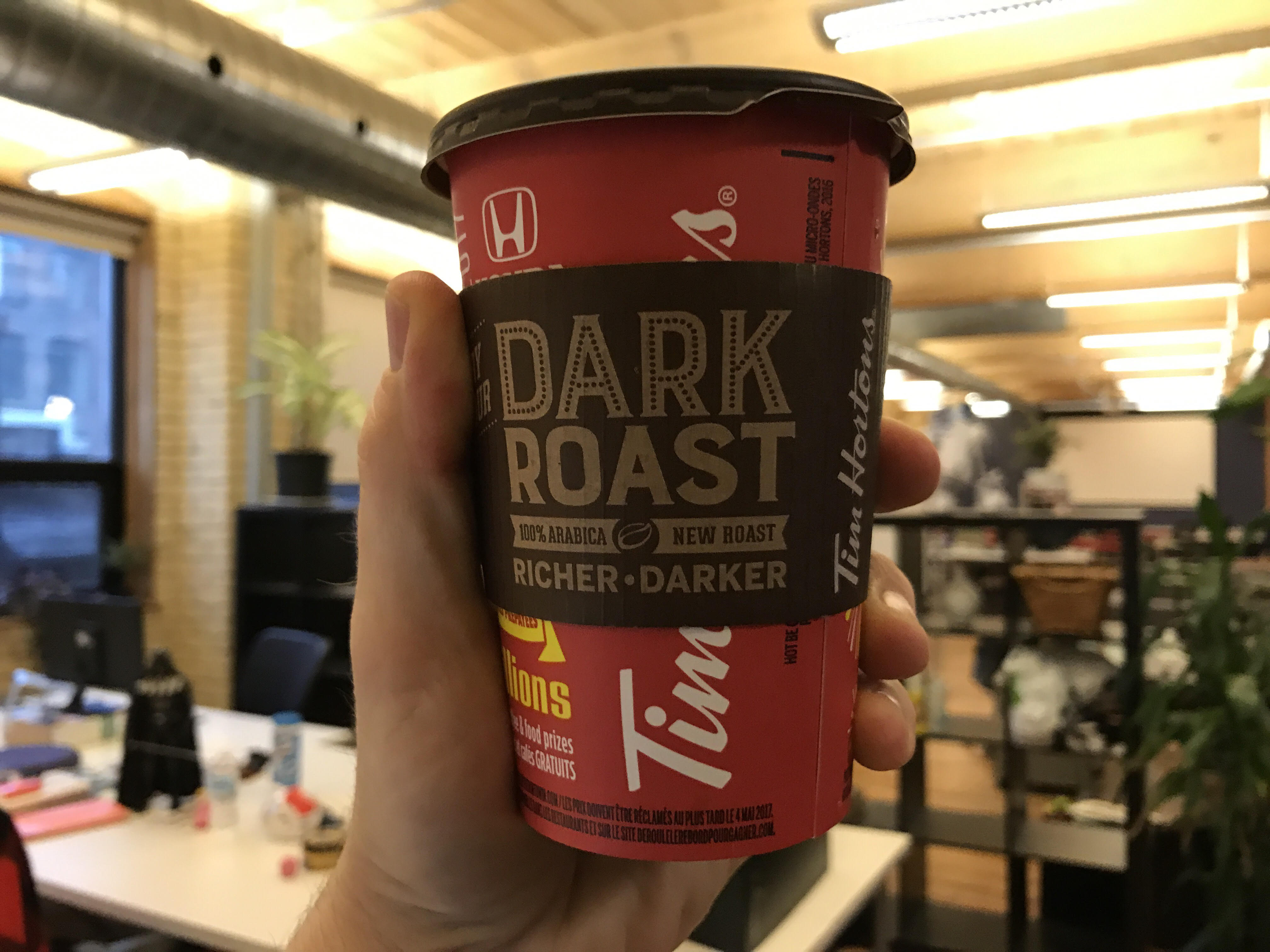 After much time and debate, mainly from Tim Hortons enthusiasts crying of the taste of the Dark Roast blend, executives have declared that “guest feedback inspires Tims to deliver a darker, richer Dark Roast Coffee.”

Dark Roast originally launched in 2014 and was the first introduction of a new blend to Timmies in 50 years and featured 100% Arabica beans.

To celebrate this huge achievement, Tim Hortons will air a new commercial with real guest feedback. In addition, “for a limited time, select tweets also have the chance to appear in a #TimsDark digital billboard advertisement at Yonge and Dundas Square, in Toronto, Ontario.”

Life cannot get better than this.